The Highland Dynamics BG2 is an all-valve vari-mu compressor combining several tubes compressor topologies and offering automatic levelling capabilities.
The Highland Dynamics BG2 lets you change feedback modes between British and American styles offering in essence two compressors in one. The British style is styled after a British Modified Altec 436 with a plate-to-plate style feedback, which while offering less gain provides a more hi-fi sound and smoother operation.  On the other hand, the American style is reminiscent of the legendary RCA BA6A with a richer lively and imposing sound. Both modes offer different behaviours but with a strong valve tone with more air and space than other compressors.
Additional controls include a Compression on/off switch, which bypasses the side-chain valve stage transforming the BG2 into a line amp that can be driven into distortion for rich colouration full of vintage vibe. The colour can be further modified with the feedback and input selection switches. An input Impedance switch lets you switch between the standard 600 Ohm to 150 Ohm adding more gain and transformer colouration. This feature is also useful when connecting a microphone directly with no preamp. When connecting two BG2 together via the ¼” jack at the back, the Link switch lets you send side chain signal into the second compressor for stereo operation.
Highland Dynamics BG2 Main Features: 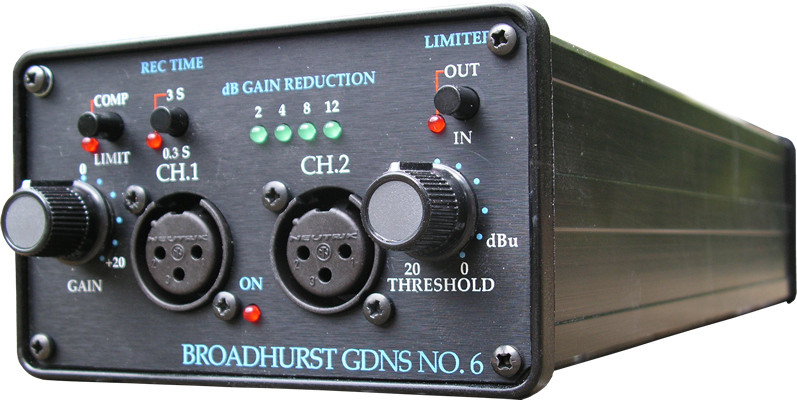