The Corsynth C104 Odyssey Of Sound VCO is a 5U Moog Format oscillator based upon the discrete circuitry found in vintage ARP synthesizers, including the 2600. It provides four simultaneous waveforms plus onboard ring mod, diode soft clipping and much more

The Corsynth C104 Odyssey Of Sound VCO Module is an ARP inspired oscillator that has a vast sonic palette that’s capable of create some unique textures and timbres.
The jewel in the Corsynth crown, the C104 is possibly the most sonically complex VCO available in the 5U format. The module provides four simultaneous waveform outputs and has an incredibly wide frequency range (5Hz to 30KHz to be exact), meaning it can also serve as a complex modulation source if desired. There’s a very handy octave switch too.
The waveforms onboard include sine, triangle, saw and square with variable pulse width, which can be frequency modulated by one of the internal waveform outputs, or externally controlled by other sources such as an envelope or more commonly, an LFO.
Unlike many other oscillators, the C104 includes two 1 volt per octave control inputs, meaning you send your pitch CV into one input, whilst hitting the second input with another modulation source such as an envelope, or something completely different making this a great module for jamming out ideas or performing.
There’s also an exponential modulation input, primarily designed to serve as an FM input, as such it has it’s own attenuator to regulate the incoming CV.
As mentioned previously, this oscillator has been heavily inspired by early ARP oscillator circuits, as such it includes an integrated sync input, a CMOS ring modulator and a diode soft clipping circuit, with an external CV input control, making for some very interesting audio effects.
As with the rest of the Corsynth range, this module is built using high quality components throughout, including switchcraft jacks, cosmo knobs and anodized aluminium front panels.
And incredibly flexible oscillator with a feature set that’s unheard of in the 5U domain.
The main features of the Corsynth C104 Odyssey Of Sound VCO Module include:
Multi-wave analogue oscillator
ARP inspired circuitry with onboard ring mod and diode soft clipping
All four waveforms are available simultaneously
Dual CV inputs and dedicated FM input
Synthesizers.com power connection

Be the first to review “Corsynth C104” Cancel reply 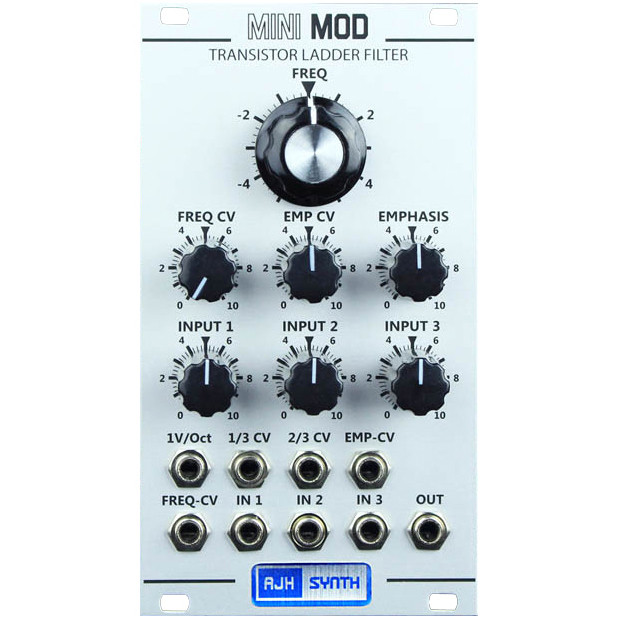